Two days ago I was sitting in the beautiful Yosemite valley on top of a sparkling granite boulder. It smelled like trees, dirt, and fresh air. I miss it already, but I'm thankful to be back in NYC. 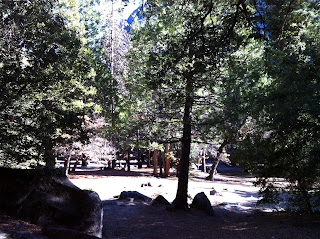 I've never bouldered in the Valley before Saturday, and boy is it hard.. The ratings are nothing like I'm used to. I struggled on V2's, but sent a few V1's. Regardless of the grades, the climbing was awesome. I went with a co-worker (of course..) and we accidentally ran into an entire group of other co-workers. It was really neat to be with a bunch of people that I miss a ton when I'm in NY. We climbed with all of them, until people started dispersing to other boulders around the valley. We ended up climbing till about 5, until we couldn't stand the cold anymore. It was pretty cold in the Valley, in the 40's or so- but it was good to have a different perspective besides trad climbing. 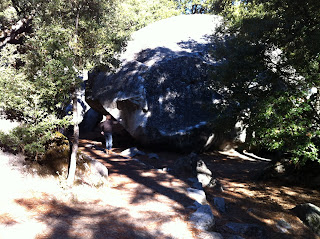 Above is one of the boulders we climbed. You can see the white chalk marks everywhere. It was really good to get outside, and be able to sit on top of a rock and stare at trees.

Although Yosemite was amazing, and I had an awesome time- it's time for me to take a break from climbing. I recently hurt my shoulder pretty bad (I think at Brooklyn Boulders), and have taken ibuprofen to stop the pain. Every time I've climbed since I tweaked it, its gotten worse and worse, to the point where its painful to raise my arm. Therefore, to allow the rotator cuff to heal and get strong again, I'm making a pledge to not climb until January. If I miraculously feel better (HOPEFULLY!) halfway through December, I'll try roping a bit. It's going to be hard, but I'll supplement with lots of weight training and push ups.

All the best, happy climbing.. I'm off to catch up on all my homework.
Posted by climbinvegan at 9:58 AM 1 comment: 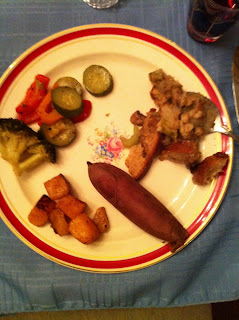 I know that looks like a small plate, but I went back for seconds, I promise!
This thanksgiving I had a gluten free meal, just because that is how I've been eating recently. My family had "regular" meals, with gluten and chicken and such. However, here what was on my plate: 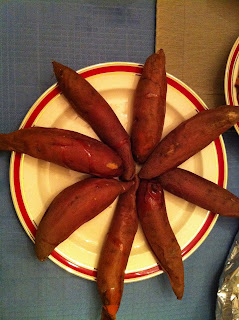 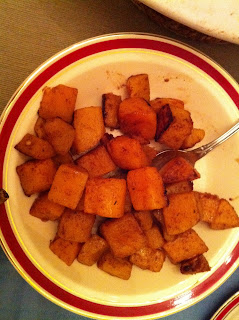 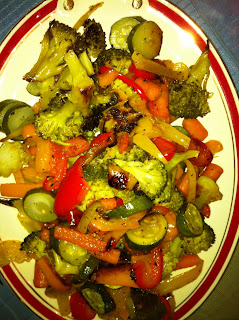 and, vegan gluten free stuffing! The bread is from a bakery in so-cal, that my sister brought up with her on the drive. DELICIOUS! 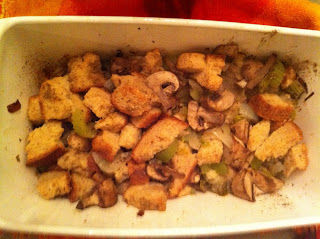 I also made a gluten free pumpkin pie not shown, and had many cupcakes and such from Oregon via my twin sister. It was a pretty good thanksgiving overall-hope yours was too!
Posted by climbinvegan at 4:21 PM No comments:

For about half a week of my life, I worked for three gyms at one time (five, if you count my temporary hold in California at the two Touchstone gyms, until I work again this summer). The gyms are two NYU rock walls, and I recently got a job at Brooklyn Boulders, the biggest climbing gym in NYC. It's pretty exciting, since now I can be part of a climbing community, but also make money. My first day of work was yesterday, and although hectic, I feel right at home. Brooklyn Boulders is not Ironworks, but it's a pretty solid gym. Thats whats up in my life, I'll be spending more and more time in Brooklyn, and less time in my dorm and in Manhattan. That is totally fine with me, climbers are the best people.

I am going back to California in two days, but it felt appropriate to make some thanksgiving type vegan item; pumpkin pie. Pumpkin pie is my favorite thing to eat at this time of the year, so it felt just right. This is pretty simple, and not very time consuming at all. I used the recipe for the pie part from; the vegan man cave, and made the crust up via memory and imagination.

The crust itself was really simple, and tastes pretty good. Also, we don't own pie pans in our dorm, so I used a square brownie pan... 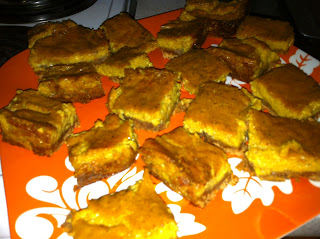 Method:
-preheat the oven to 350 F and grease pie pan
-place cookies in blender and blend until crumbs
-mix in spices
-mix/mash in applesauce
-press crust into pan
-bake for 8 minutes, and let cool completely before use 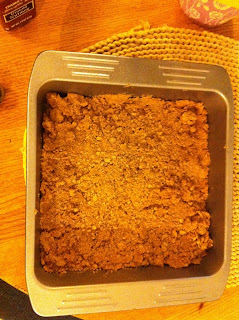 For the pie, I used exactly what was said in Brian's blog, except that I added 3/4 tsp cornstarch, because my pie seemed very runny.

Since my pie is in a square pan, I cut it up as soon as it cooled for an hour, since I didn't like the square pie look. 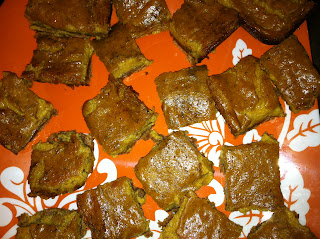 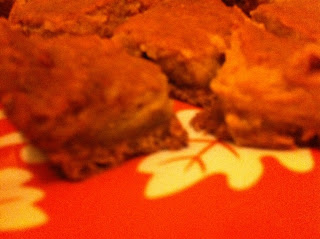 I think next time I would cook the crust a bit more- but I'm off to eat some pumpkin pie :)
Posted by climbinvegan at 3:04 PM No comments:

I haven't posted in awhile, not since I was back home in California. Not much has changed here; still haven't been out to the Gunks to climb. I went out to Central Park to boulder today though.. I've been working on a v4 that I almost have. I bruised my knuckles a bit, but besides that I'm feeling pretty strong.

In other news, my stomach feels better! I've been eating gluten free for the most part, and it feels awesome.

I made mini cinnamon rolls, vegan and gluten free. They are a bit different with gluten free flour as opposed to whole wheat flour. I might change up the ingredients a bit next time. Overall, I liked them, as did people on my floor. 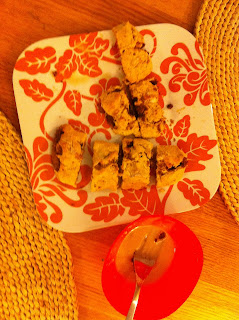 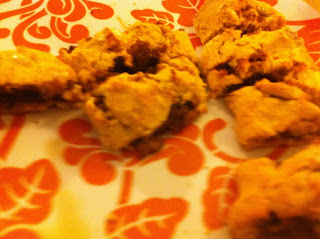 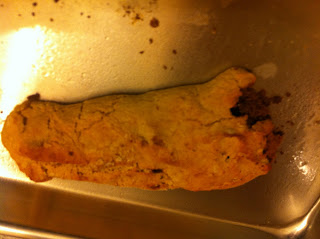 Method:
-Preheat your oven to 400 degrees F. Spritz a pan with some canola oil.
-Whisk together the whole wheat flour, 1 tablespoon brown sugar, baking powder, and salt.
-mix in applesauce
-mix in the almond milk
-Roll out the buns dough on a lightly floured work surface. You should create a skinny rectangle that's about 5 inches by 18 inches.
-mix applesauce, brown sugar, and cinnamon and pour on top of tough
-Roll it so that you get an incredibly long and skinny tube (so not a bit fat one). Use a knife to slice the tube into 24 tiny rolls, or leave in logs like I did.
-place rolls on pre-greased sheet.
-Bake for 15 to 20 minutes until cinnamon buns are golden brown. Let cool for five minutes, then remove and finish cooling on cooling rack.

I also made some glaze out of powdered sugar, maple syrup, and almond milk. Simply mix to the desired consistency!


My surprise has something to with my ankle.. A good surprise though. I'll show you a picture next time ;)
Posted by climbinvegan at 9:04 PM No comments: