Even though I'm still not climbing, I joined the Alpine Club at CU- a climbing enthusiast club on campus. These people are pretty rad... they have trips every weekend to a climbing location in the area. This past weekend we went up to Vedauwoo, in Wyoming, an awesome crag known for it's offwidths. I went to camp, hang out with climbers, and get away for a day. 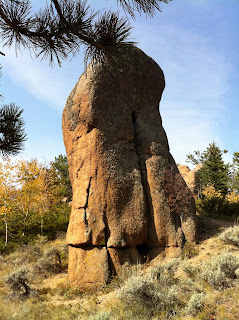 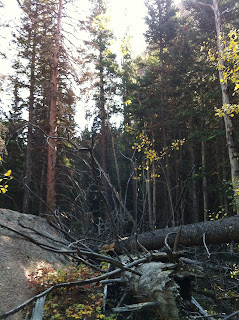 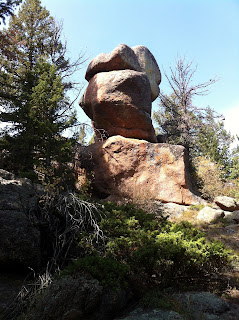 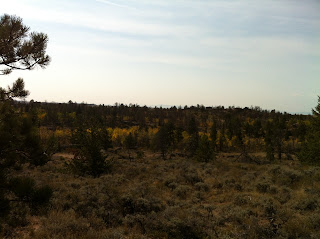 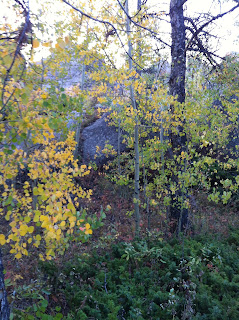 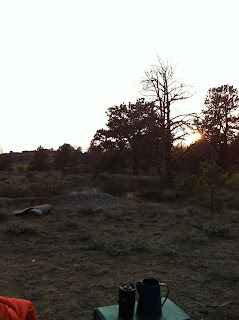 I had a fabulous weekend, hanging out in nature, hiking, and being around climbers. Now I'm studying for a biology exam.. more cooking to come in the near future!
Posted by climbinvegan at 2:12 PM 1 comment:

Four months out and feeling phenomenal

A few days ago I hit four months out of shoulder surgery... Anyone remember this? 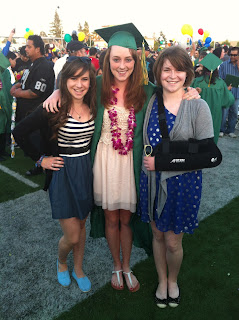 Yea, really attractive sling! It did its work though... my shoulder feels GREAT! Although I'm not back to many activities (although I did a push up today at physical therapy!) life is fantastic now that I can use my shoulder again.

If you're new, catching up, or plain forgot- my shoulder injury goes as such: in November of last year, I tore my labrum in my left shoulder climbing at Brooklyn Boulders (where I also used to work). I didn't know that I tore this cartilage, and so I kept climbing. I came home for thanksgiving, and went to Yosemite for day to boulder with some friends. The next day, my shoulder was intensely painful and my whole arm ended up going numb. I got an MRI, and it was confirmed that I did tear my labrum.

When I came home in January, I saw a surgeon, who told me that surgery was needed to be able to fully climb again. So, I scheduled it for the day after I got home from NYU. May 17th, my shoulder was fixed! I ended up tearing off half my labrum, including my bicep anchor. They also went in and fixed part of my collarbone, shaved some bone, and took out tissue. There's an anchor in my bone, that holds my labrum in place.

I was in the beautiful sling for 6 weeks, and now, four months later I can ride my bike, run, am starting to swim, and have almost no restrictions. It's a great great feeling..

I even joined the CU triathlon team! There is no pressure to compete, but rather open practices with coaches. I swam with them [breast stroke] and went on an awesome long ride. I've been cramming projects and midterms, so I haven't practiced that much, but I did see some awesome views on our ride on Tuesday.

And, of course I've been riding on my own as well. This past Sunday my bike and I explored for two hours. It was awesome to see Boulder on my bike. 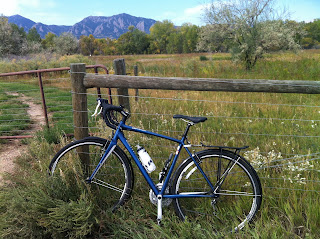 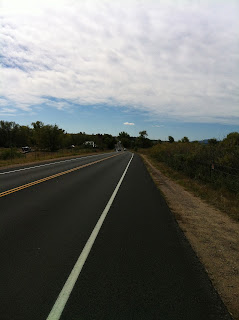 I'm going to Wyoming tomorrow to camp with the climbing club [no climbing for me yet], but wanted to post an update!
Posted by climbinvegan at 10:14 AM No comments:

I've been living in Boulder for over four weeks now (although not a full month), and life totally is different than both NYC and Berkeley. I thought I'd let you in my life for a day, and show you what a college kid does on a Sunday in Boulder, or at least this college kid..

Besides reading the most sexist book (even aggravates me when it's towards men) today was a great day... I got one great ride in, and another good one, and had some great great food. I couldn't ask for anything more..
Posted by climbinvegan at 9:29 PM 1 comment: