It's been awhile since I've blogged. It was a busy week the week before I left California, and it's been a busy week back in NYC. After I posted I went backpacking along the coast of California, road tons of miles, and had my gluten test done. Here in New York I've been cycling since it's sunny, studying, and eating food.

About a week before I left home I went backpacking at Pt. Reyes, a national park along the coast of California. It was really beautiful, especially since we stayed near the ocean. You can see what I bought myself for my birthday in the second picture. A two person backpacking tent is all I need, and I'm really stoked on it. At night it was freezing, since were in a valley, but it was really nice to get outside and see stars. 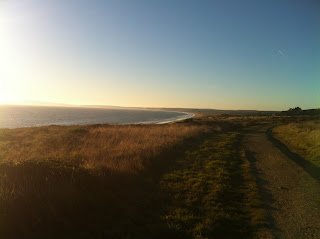 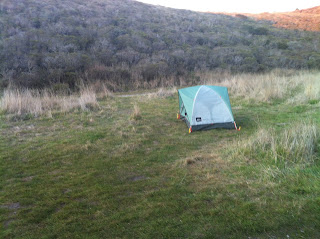 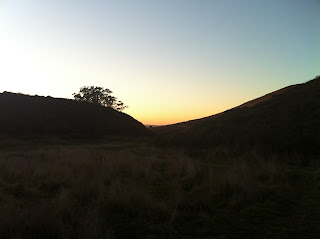 After backpacking I worked a ton, went on a 14 mile bike ride in Davis, and found out that I don't have celiac disease. Woohoo for no allergy! I still try to not eat gluten though, since it doesn't agree with me.

The first thing I saw back in New York City after I flew back was this: 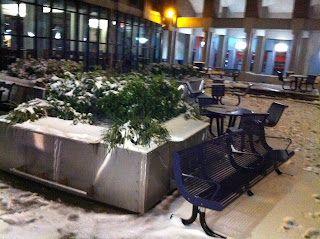 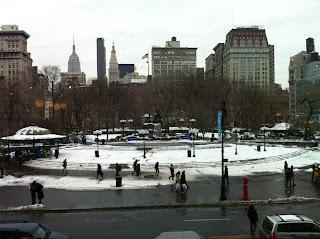 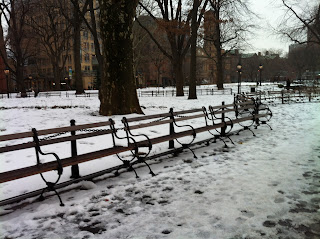 I missed the snow falling- but I saw a lot of it on the ground! How cool is that? The middle picture is of Union Square, taken from the cafe of Whole Foods. Very pretty when it's white :)

Yesterday (Saturday) I decided to go on a long bike ride, so I rode around the top of Manhattan. The trip was about 24.5 miles, and was beautiful for parts of it, and very different for other parts. The west side above 50th street is very beautiful; you ride next to parks, under trees, and in a peaceful setting. After crossing over the top of Manhattan, before riding next to the East side river, the bike path goes straight through the heart of Harlem. I've never been up there, and since it was in the middle of day in the broad sunlight, it was actually really interesting to see. Here are the pictures I took of the west side; 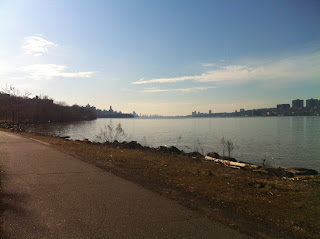 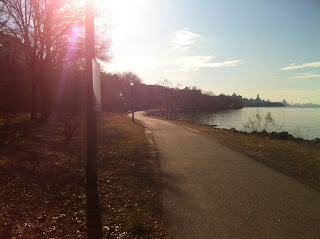 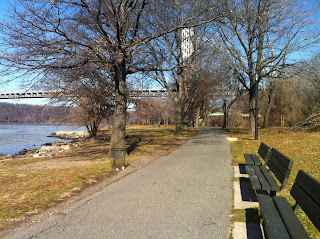 The path I took was one of the most beautiful things I've seen in NYC. I heard birds chirping- real birds. A very good place to be, to bad it's about 8 miles away from me. I'm going to try and visit that side often.

This morning I went for a run, then took out our compost to whole foods (yep- I food recycle in New York City!). Since I was there, and felt like I deserved a treat I picked up an almond chai latte. Right along side the cafe were energy bars. There I spotted a new clif builder bar- smores flavored. 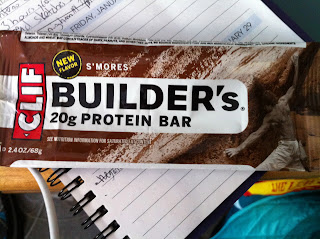 My favorite part of the whole thing is the climber on the side of the wrapper. The actual bar wasn't that great, it didn't really taste like marshmallows and chocolate, but it was ok. I'm off to write some essays and maybe try to ride some more miles today. I'll leave you with the oddest looking thing I saw yesterday though... I wonder if anyone can explain that to me. My roomy thinks it's hail, but I've never seen hail look like this... 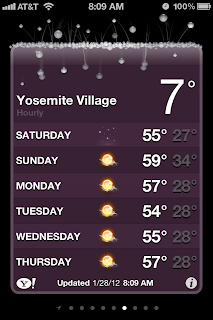 Posted by climbinvegan at 8:43 AM No comments:

Yesterday was my 19th birthday, and it turned out to be a really good day. I woke up, had Peet's coffee with my dad, got a few bike parts that I wanted, went food shopping, went out to San Francisco for lunch, met up with a friend, then went on a 12 mile hike. After all that I relaxed with my sisters. It was a really great birthday in my books.

I'm also proud to say that I hiked 19 miles in two days, Friday and yesterday in total. I think that might be the beginning of a new tradition? One mile for every year alive.

On Friday, my two sisters, my friend Erich, my sisters friend Chris, and I all hiked at Pt. Reyes. We did a seven mile hike that was absolutely beautiful. I may actually go back there this week to camp with some friends. Here are the pictures of my first trip, complete with the funniest picture of my twin and my friend Erich- who have the exact same facial expression. I love the green, the trees, and the way the California sun shines. 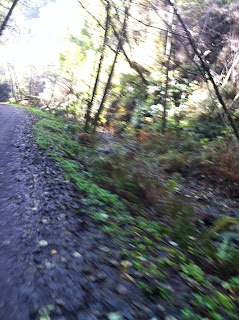 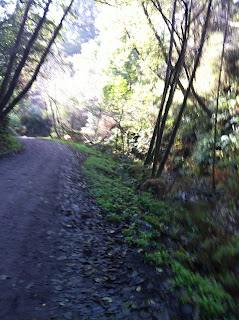 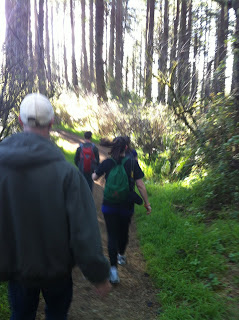 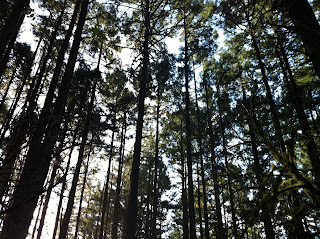 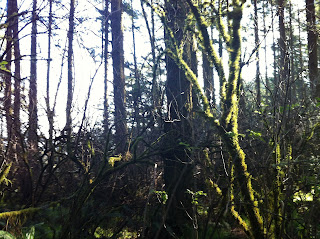 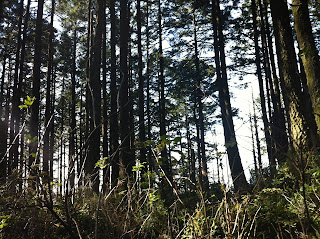 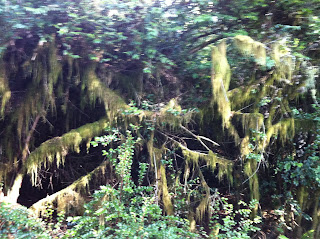 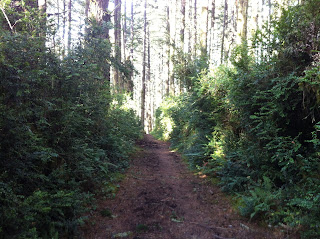 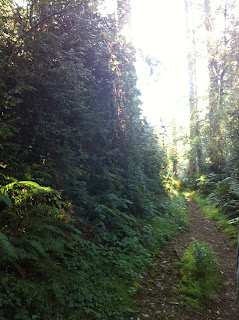 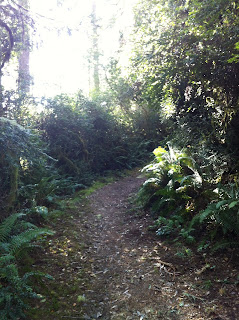 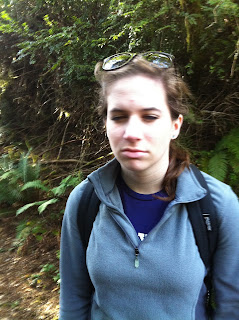 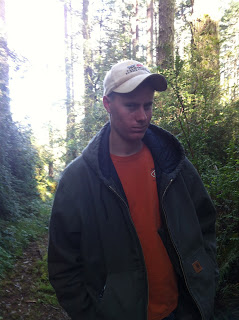 The next pictures are of our night hike around Lake Chabot, which is a lake near where I live. We ended up hiking 12 miles although the actual loop around the lake is only 9. Since the moon was so full it was awesome! 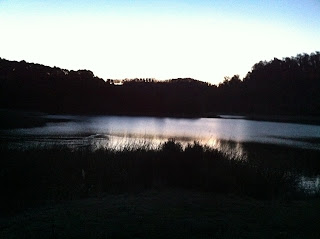 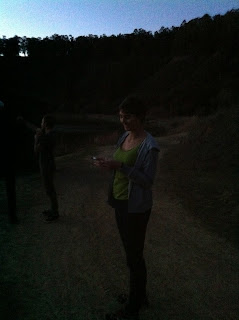 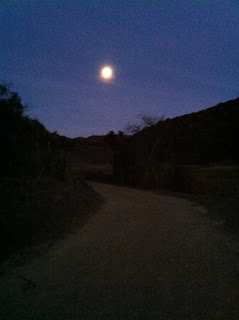 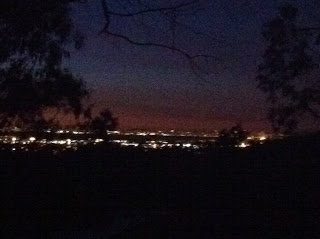 I'm off to go see if I can borrow a bike for the next two weeks I'm home- since I want to kick off my 2012 miles, but also it's a great way to get around. I also bought myself a birthday present.. which I hope to use on my next camping trip.. :)
Posted by climbinvegan at 4:37 PM No comments:

I've been home for a few days now, and haven't done much besides catch up on sleep, see tons of people I love and have missed, run on dirt and hills, and work again at my old gym. I also made the most delicious gluten free cupcakes with my twin sister. :) 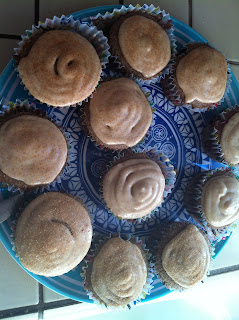 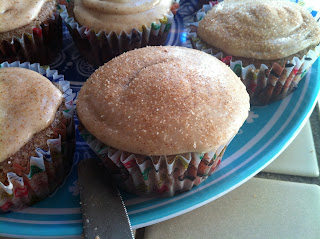 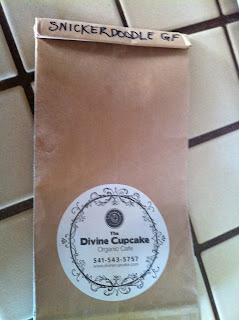 The mix came from a place in Oregon, near my sister. These were the most delicious snickerdoodle cupcakes ever. Not hard to make, even easier to eat. That satisfied my sweet tooth, and was great to come home to.
I've actually been eating a lot of gluten in the past two days, because I'm finally getting tested for celiac disease or gluten intolerance. Woopie.

Although this is a climbing blog it looks like there won't be any climbing for quite awhile. I may still write about it, but won't be actively climbing for at least a year. I'm planning on having surgery on my shoulder to repair my torn labrum in May, after school is over. After that it's about 9-12 months before I can climb. There isn't much to talk about besides the fact that I'm bummed. I'm planning on biking 2012 miles this year though, to make up for the fact that there will be no climbing in my life for all of 2012. After surgery, I can crank out some of those miles on a stationary bike. Thats something to look forward to!

Tomorrow is my 19th birthday, and I'm planning on spending half of it hiking and the other half eating delicious food in San Francisco.

Next post will be more about the hikes I've been going on!
Posted by climbinvegan at 9:17 PM No comments: